These three elements have something in common, they are all This refers to their group in the periodic table:

I don't have much to say about the other three halogens: Chlorine, Astatine, Tennessine. is the because it has a half-life of only 8 hours, so wherever it appears, it won't stay for long, it'll decay into Bismuth or Polonium depending on environment.

was discovered in 2016, and it is so unstable that it disappears in so.. yeah.

When you read the word you should imagine the smell from a swimming pool or bath house, because that's what it is. Commonly used as a disinfectant in water, it easily evaporates, causing the smell you're familiar with. This vapor is highly toxic and unfortunately it gets absorbed easily, through both skin and lungs. Chlorine is also commonly added to tap water, so this is another reason to have water filters not only for faucet but also for your shower & bath. Filters are very effective against chlorine. We should all appreciate chlorie however, as all life depends upon it.

Now that we have the 'minor' halogens out of the way, let's get on to the impactful stuff..

I bet you expect me to speculate about fluoride calcifying your pineal gland now, and while I think that may well be a meaningful point, there's no need to resort to conjecture, because the toxicity of flouride is very simple to understand.

As of September 2020, have investigated the relationship between and found reduced IQ in humans, particularly in children[99]

There are showing that elevated fluoride exposure impairs cognition, learning and memory.[40]

Even if you have a fluoride water filter, what do you think the animals in the food chain are drinking? Irrigation is also of course widespread practice in agriculture, so vegetarians are hit even harder, and even buying organic won't remedy it.

So, how much has fluoride exposure increased in society? When adult teeth grows during adolescence, the presence of excessive flouride will cause a condition called which isn't dangerous but it's a very obvious: you have little white areas on your teeth, it often looks like some tiny pieces of white paper are placed on the teeth.

Since fluorisis can be self-diagnosed, cannot be missed, or misdiagnosed, it's a good metric to see how excessive fluoride exposure looks historically. 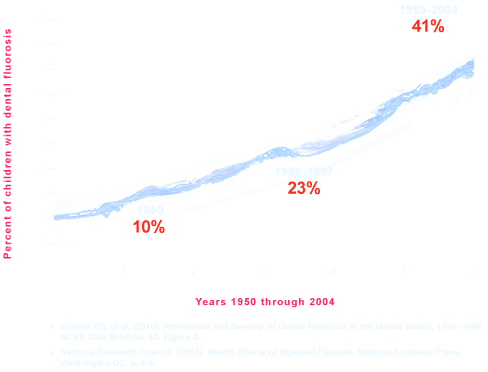 But.. Don't despair, you can get the fluoride out of your body with good nutrition. This article is not a blackpill. Keep reading!

Bromine isn't as toxic as Fluoride is, but on the other hand it's Bromine, just like Fluoride, acts as an , it from communicating with each other[1336]

For this reason, doctors used it as a sedative for manic & hyperactive patients. This was of course akin to hitting someone in the head with a hammer to make them calm down.

When neurons cannot link properly, you obviously get Wikipedia says[1337] that Bromine was directly causing 5-10% of psychiatric hospital admissions back in the day, when it was prescribed by doctors as a sedative.

Unfortunately, bromine is still quite common, especially in the US, China and the Middle East. 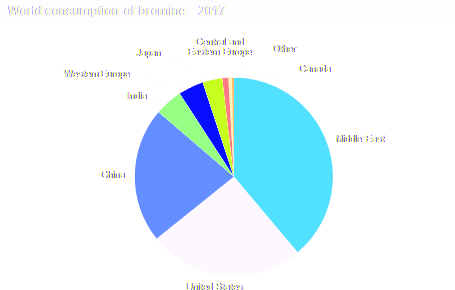 There used to be potassium iodine in bread, but in the 1980s they replaced it with potassium bromate instead

Typical symptoms of bromine toxicity is brain fog, psychosis, seizures, delirium, headaches, fatigue, ataxia, memory loss and even the inability to walk. Not death, though!

The less bromine you have in the body, the better electricity will flow through your body. The same is likely true for Orgone / Chi as well.

Iodine was discovered in 1811, when the chemist Bernard Courtois was searching for new ways to gather potassium and ammonium for explosives during the Napoleonic wars. Bernard and unknowingly isolated iodine from the ashes, when he used sulfuric acid by mistake. Kelp has the highest concentration of iodine out of all known life forms, so he was able to see The name iodine comes from the Greek word iodes, which means purple.

Out of all the nutrients we know the human body requires, iodine is by far the heaviest one with an atomic mass of 127. iodine[98] which is the same amount found in

Most research about iodine focuses on the thyroid for this reason.

for regulation of enzymatic activity and protein synthesis. Many children used to get really nasty symptoms of iodine deficiency back in the day, so they started adding iodine to table salt (which you absolutely should not consume btw, you should only eat real sea salt) which made the worst symptoms disappear. This extremely simple measure of iodine supplementation is heralded as one of the most successful public health measures that have ever been undertaken. Still today, most of the iodine people consume is from table salt, most of the rest is from seafood.

The average American has an iodine intake of and the RDA is Wikipedia, journalists and other 'health authorities' would have you believe that iodine deficiency is rare. As usual, Their understanding of nutrition overall is whether or not you get sick enough to be hospitalized. Just look at the food they give you at the hospitals, that should tell you everything.

Mainstream health authorities tell you that excessive iodine is more dangerous than any risk of deficiency, because it is rare, they say. They do not tell you that bromine & fluoride will inhibit your cells from absorbing iodine[55] thereby increasing our demand for iodine.

They do not mention that pesticides inhibits iodine[56] nor do they tell you that iodine in salt is unstable, so any exposure to air will deplete the salt of iodine. It takes 20-40 days for half of the iodine to disappear into the air[44]

Table salt is two things: Sodium Chloride and a tiny amount of Potassium Iodide. Since chlorine is also a halogen, it will compete with the iodine making this literally the worst way of supplementing iodine one could think of. It boggles the mind, how can it be that every mainstream health authority outrights lies about basically everything, and every measure for health seems to be the most potent ways to poison us? Vaccines, veganism, seed oils, there is too many examples to count.

While Wikipedia maintains that "the general US population has adequate iodine nutrition" millions of Americans are so iodine deficient that their thyroid hormone levels have declined to the level where they are clinically sick.

According to autopsies, more than [98] also known as goiter, the #1 symptom of iodine deficiency.

What do doctors say about this? They maintain that goiter isn't something to worry about, unless you get cancer. They can't earn money from giving you the nutrients you need to fix your thyroid, but when you get cancer, they can earn money from you, so that's when they swing into action and get involved.

More importantly than any specific reduction of health into numbers, it seems like almost every American complains about their metabolism being shot to pieces.

The dietary recommendations are meant to be sufficient at preventing goiter, but apparently it is not. Even if this wasn't the case, because it reduces the levels of harmful

This is not complicated, I believe that everything you need to know is in this article, so worst case, re-read it a couple times.

A study on thyroiditis found that the as whether you had a family history of thyroiditis..! [95]

WHO has designated iodine deficiency the most preventable cause of mental retardation in the world.[97]

Iodine was the by doctors for almost a century: Megadoses of 50mg were commonly prescribed, which is and this was done as a cure-all when they did not know what the underlying disease was, such is the potential upside of iodine.

Here's a quote from Albert Szent-Györgö, the Nobel Laureate who discovered Vitamin C:

"When I was a medical student, iodine in the form of KI [potassium iodide] was the universal medicine. Nobody knew what it did, but it did something and did something good. We students used to sum up the situation in this little rhyme:

"If ye don’t know where, what, and why
prescribe ye then K and I"

It was recently proven that [50] which may explain some of its medical efficacy.

, which is a big reason why more than men do. The reason for this are their breasts and fertility cycles: In the luteal phase, breasts can grow up to 15% after ovulation[94] which isn't swelling: it's cell proliferation. Since the breasts aren't supposed to get permanently bigger every menstrual cycle (imagine that!)

When there isn't enough iodine available to clear away the surplus cells, This is called

If you feed animals an iodine-free diet, they will develop fibrocystic disease[92] but when you supplement iodine, the changes are reversed[91]

Because of the fertility cycle, which likely occurs because of insufficient iodine & required cofactors (selenium, magnesium, vitamin C and B-vitamins) being depleted by

In China, the traditional treatment against cysts in the breasts is to put seaweed on them, to absorb iodine through the skin.

as it contains low amounts of the co-factors required for iodine. Remember, the seaweed is itself able to effectively use the extreme amounts of iodine it contains!

However, the seaweed isn't all you need: iodine in isolation is toxic for you. The way to do it is to eat a tiny, tiny pinch of kelp daily, make sure you are getting enough co-factors (selenium and magnesium most importantly) and slowly increase the kelp dose as long as you feel good. Some people go absurdly high. You can find tons of people online who are eating 50mg per day (!) which as you might remember is more than twice as much as the typical human body contains. unless you truly know what you are doing.

This happens because they are all halogens, so they are chemically similar and thus compete for the same places in the body. This is a double-edged sword: when you take a large dose of iodine, then your body will be flooded with toxic bromine & flouride that were dumped out from the cells. This is good, because it allows you to get rid of them, but it can give you symptoms. The slower you go through this process of easing into iodine supplementation, the easier it is for the body to expel the toxins without damage.

The most important one is Selenium, which we will now discuss..

Unless you're eating large amounts of seafood, lamb, grassfed beef, chicken or eggs; you're likely subclinically deficient in selenium. You need to make sure you're getting optimal amounts of selenium before you increase iodine intake. 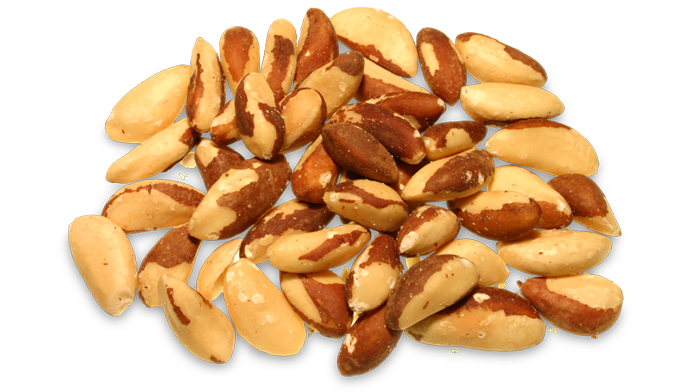 Discuss in the Forum

Go to the /health/ forum to learn more, ask questions and to share your thoughts and ideas.

I hope you enjoy this article, my biggest wish is that you have learned something you will take to heart, and my second biggest wish that you share this to friends, family and anyone you might think be interested.